We are a small show kennel that breeds selectively, always striving to improve in every generation, and to reach that unattainable goal of perfection and to maintain the Shiba Inu as originally intended in Japan.

Our Siberians have been represented in two books, both published in the early 90’s.  Also, interviewed by the Siberian Quarterly in Winter of 1989.

We live in the beautiful area of Redding, California, surrounded by the most beautiful mountain range of Northern California.

We hope you enjoy browsing through the following pages that represent over 35 years with the Shiba Inu, and nearly 45 years with the Siberian Husky.  We have bred Siberians under the kennel names of Desha, Maridel and Des-Mar, including our Best In Show winners.

We  are very proud to have been raising and showing Shibas prior to when they were AKC recognized in June 1992!  Also finishing several  Shiba Inu, with others  major pointed, and having been awarded Winner’s Bitch and Best of Opposite sex at the first AKC pointed Shiba Inu National Specialty in Tumwater, Wa. 1993  with NSCA/Am Ch San Jo’s Carrot Top. Also taking three Best of Breed at the Shiba Inu Fanciers of Northern California Specialties with our Multiple BISS GCHB Kunikototoro Maui Go Des-Mar in 2012 & 2 back to back Best  In Specialty, AM & PM show, 2014. Maui was ranked in the top 20 for the years of 2013 & 2014.

We hope that your visit is both educational  and enjoyable. Come back soon as we are constantly updating our website. 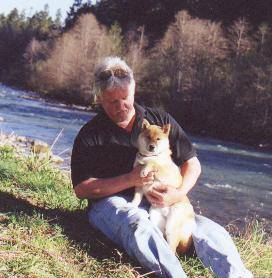 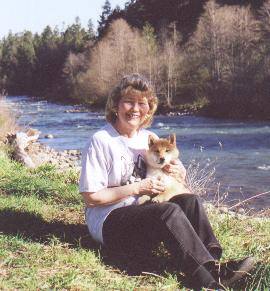