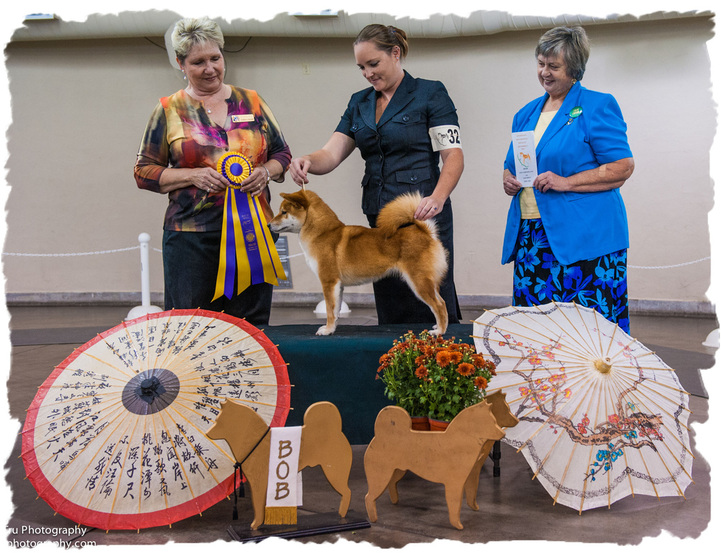 Maui winning her first Best In Show Specialty 2012
​at the Shiba Inu Fanciers of Northern California. 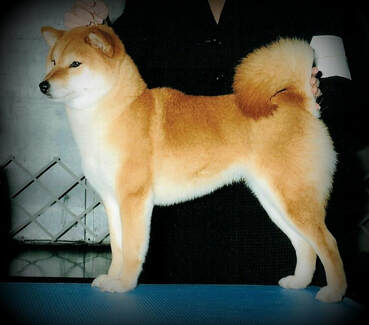 This is way cool, considering we weren’t trying to  gain national standings with our “Maui”.  However, by the end of January 2013, according to Canine Chronicle, “Maui” was # 1 Shiba in the country, and # 5 in all breed standings.  As of October 31, 2013, Maui is # 9 in Shiba Breed standard.

Maui is a three time  Best In Show Specialty winner and was ranked # 18 in the Canine Chronicle for Shiba Inu standings in December, 2014, with very limited showing. She finished her GCH title taking back to back BOB at the Mensona KC in August 2012.  She then went on to being awarded Best In Show Specialty at the Shiba Inu Fanciers of Northern California specialty show, September 7, 2012, under Breeder-Judge Ms. Patricia Gilliard. All of Maui’s GCH points and BISS were expertly handled by Kristen (Boyes) Larsen.

Maui is a stud puppy out of our Ch Katana & Ch Kuniko’s Cho Kawaii CL of Tortoro. Her name is derived from her dam Kawaii. She was bred by Lori Durfor of Kuniko Shibas and Ava Fong of Tortoro Shibas. She is a little show off with her spunky attitude and her joyful character. Maui finished her AKC title in limited showing. 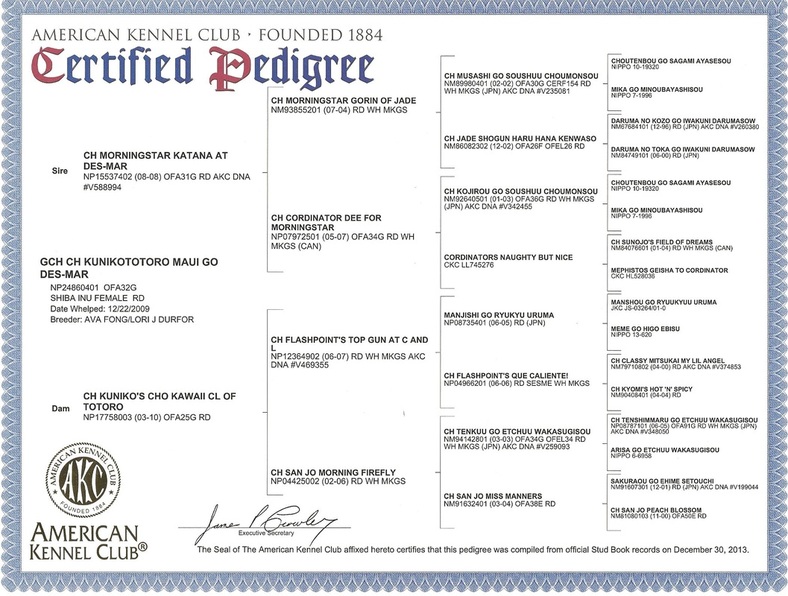